I completed my University Degree in Foreign European Languages and Literature (Russian, English) at the University of Bologna (Italy), with a final score of 110/110. Thesis in Russian Literature titled "The heroes and victims in the prose of Vjacheslav Djogtev".
Since 2003 I’ve been a member of ANITI (Italian National Association of Interpreters and Translators).

In 2002 I attended a course in "Editorial Translation and Translation for Publishing Houses" in Milan (Italy).

In 1999 Certificate in the tour guide profession awarded by the provincial administration of Forlì-Cesena;

From 1993 to 2000 Tour Guide and Interpreter for groups of Russian tourists (on behalf of travel agents: "Firmatour" of Rimini and "ItalCamel" of Riccione).

Between 1991 and 1997 I taught Russian Language at the Adult Education Centre, Cesena - Italy.

In 1989 I completed a Diploma in Analytical Chemistry at the Technical School of Chemical Technologies in Volgograd (Russia).

In 1985 I completed an eight-year Piano Certificate at a Public Musical School in Volgograd.

From 1994 I have embarked on translation, including: 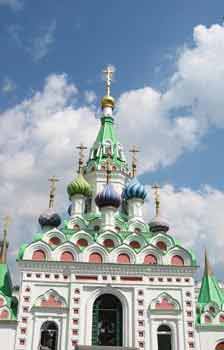